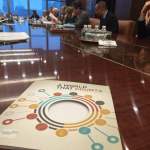 A World That Counts, the report by the UN Secretary General’s Data Revolution Group, was released yesterday. And it might come as no surprise that the report has strong links with UNDP’s Human Development Report Office: Eva Jespersen, our Deputy Director, was a member of the Independent Expert Advisory Group that prepared it, as was Haishan Fu who is now with the World Bank but used to be our chief statistician. Moreover Enrico Giovannini, the co-chair of the group is also a good friend to this office and one of our key advisors.

First, this office understands very well the importance of data for both decision-making and analytical debate. The Human Development Index (HDI) is a remarkable example of the power a simple measure can wield to reframe debate towards genuine development outcomes, and away from a singular monetary measure of progress such as per capita income. But while the HDI has been a success we have never claimed that it is a perfect encapsulation of human development. The HDI reflects just three basic aspects of human development – a long, healthy and creative life, knowledge, and a decent standard of living. Now, in a more data rich world one could mount a strong argument for the index also to include so much more that is important to people: measures of voice, equality, sustainability, security, freedom and dignity would all help paint a richer picture of human development. But such data are not yet available in most countries. At least not yet. I hope the data revolution will change that.

Second, looking beyond the global Human Development Reports, I would like to remind you that UNDP has been involved in the production of some 700 national human development reports at the country level. These reports, which are country-led and usually produced in collaboration with national governments, have tackled a myriad of topics through a human development lens at the national level. And they always are built on data, often with disaggregation and innovative analysis. Of course such evidence-based analysis is vital to ensuring the reports’ robustness and usefulness. But I believe that the conversations about what data to use, that are a key part of the process of analysis and writing a report, are often also beneficial to human development. When handled well, and involving many stakeholders, they can develop capacity within a country, provide a platform for democratic dialogues and “make the business of government easier”, as a2013 report from Germany’s Bertelsmann Foundation argued. The data revolution has the potential to enrich such conversations – and the ensuring reports – enormously.

Third, and most pressingly, the data revolution is already having a direct impact on human development. Remember that human development has been defined as “expanding the choices of people to lead lives they value”. Access to good information is an important part of expanding our choices. Not only does it enable citizens to better hold their leaders accountable, but it can help all of us to take better decisions in our day to day lives that can be very important: which school to send our children to, which hospital to visit if we fall ill, where to look for work, and so on. But, just as with any valuable resource, access to good information is not equally distributed around the world. In many places the available data range from poor to non-existent. But, even when good data are available, many people lack the basic skills to access or understand it. This has to change. And so I am pleased that the report pays considerable attention to the principles that should underpin the revolution so it benefits all rather than create a data-elite.

I am reminded of a quotation from Eric Hoffer, the American moral philosopher, who pointed out that “We used to think that revolutions are the cause of change. Actually it is the other way around: change prepares the ground for revolution.” The change that inspired the data revolution is clearly happening. And so what is important now, as this report rightly points out, is that we make sure that the coming revolution leads to the world having the right information, at the right time, to build accountability and make good decisions and so improve lives.